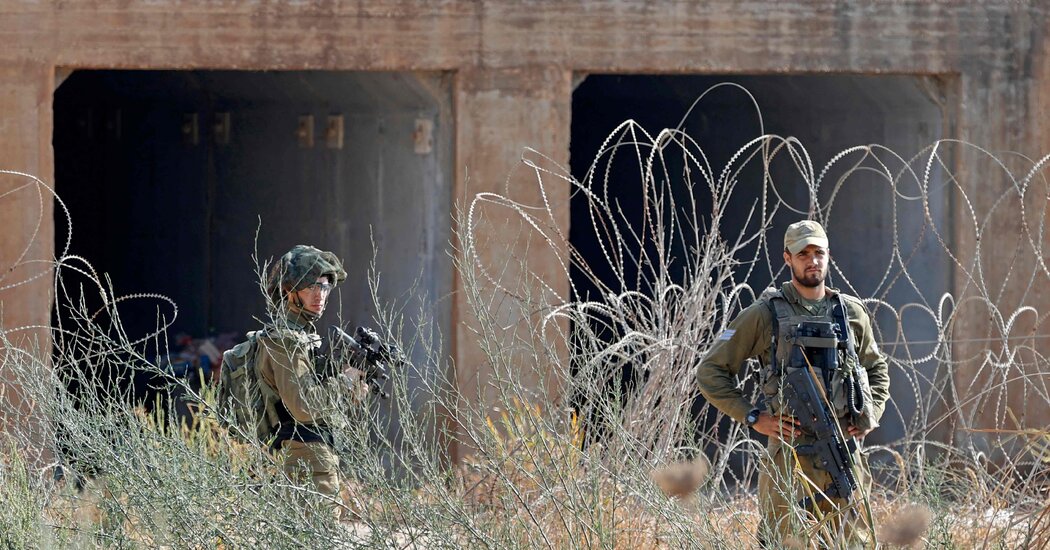 JERUSALEM — The final two of six Palestinian prisoners who escaped a maximum-security Israeli jail two weeks in the past had been recaptured early Sunday, the Israeli navy mentioned.

It mentioned the 2 had been arrested throughout a military raid of their hometown, Jenin, within the occupied West Financial institution. The arrests closed an intense pursuit and an embarrassing episode that uncovered Israeli safety flaws after the six inmates tunneled out of their cell on Sept. 6.

Palestinian information shops reported that clashes had erupted in Jenin when troops entered the town. However a spokesperson for the Israeli police mentioned the 2 escapees, Munadil Nafayat and Eham Kamamji, had been arrested with out resistance at a home the place that they had taken refuge.

Fouad Kamamji, Eham Kamamji’s father, advised The Related Press that his son had known as him when troops surrounded the home and mentioned he would give up “so as to not endanger the home homeowners.”

The 4 different inmates had been captured several days after the prison break, in two separate operations in northern Israel. All six of the prisoners are from Jenin.

5 of them — 4 of whom are serving life sentences — are members of the Islamic Jihad militant group. The sixth, Zakaria Zubeidi, is a well known former commander of the Aqsa Martyrs Brigades, a militant group loosely affiliated with Fatah, the secular group that dominates Palestinian politics within the West Financial institution.