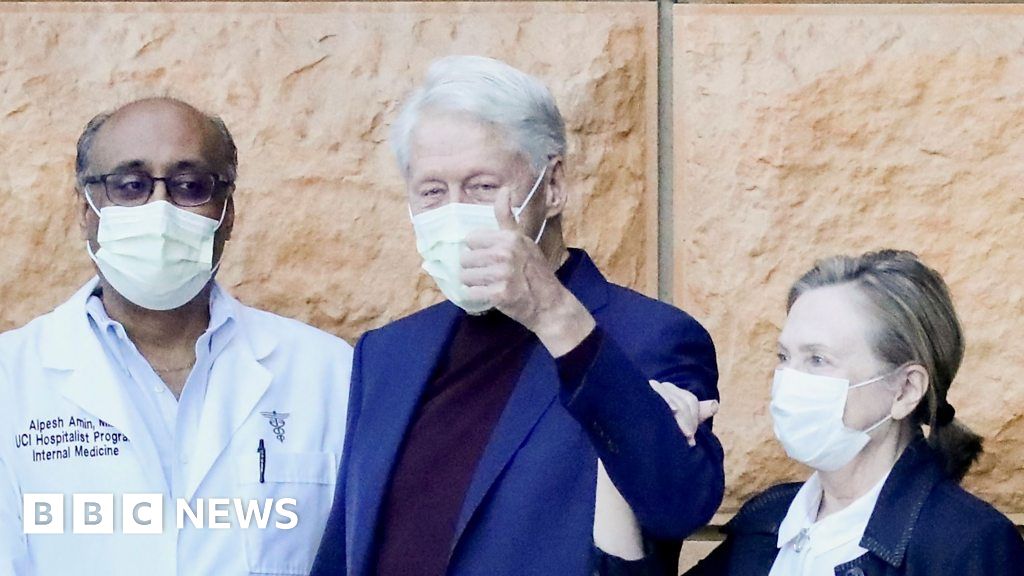 Former US President Invoice Clinton has been discharged from a Californian hospital after a five-night keep.

He had been receiving remedy for a urinary tract an infection that developed into sepsis.

Mr Clinton, 75, gave a thumbs as much as ready reporters as he walked out of hospital along with his spouse Hillary.