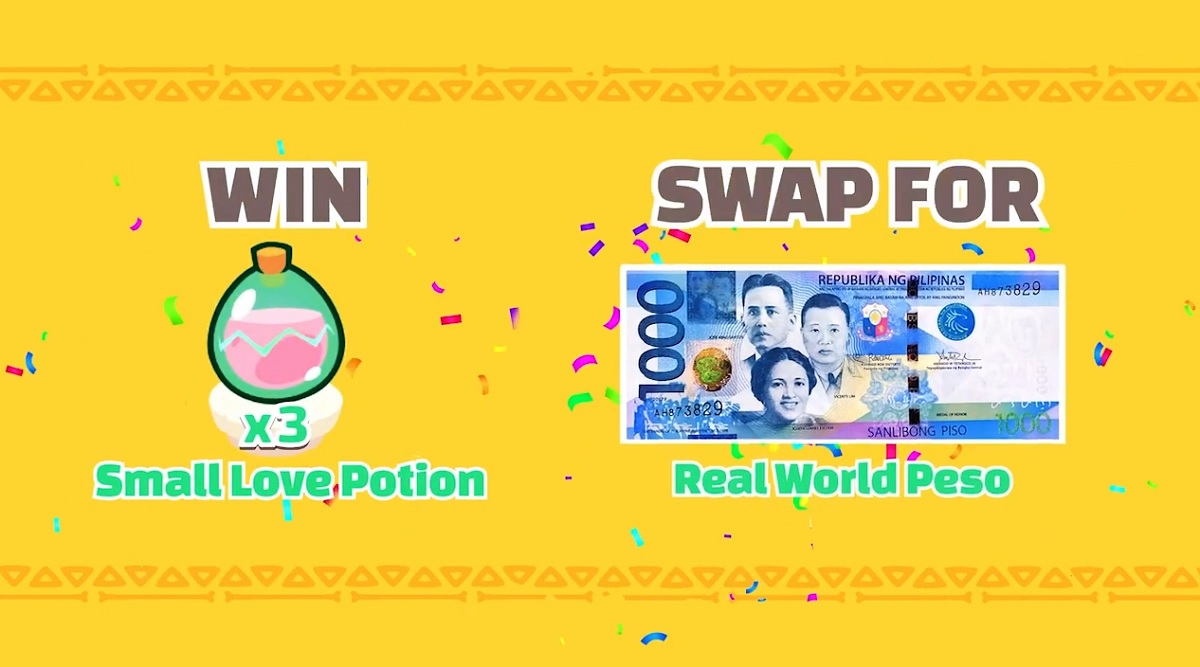 A new GamesBeat event is around the corner! Learn more about what comes next.

Sky Mavis and its players have generated $2.05 billion in sales to date for Axie Infinity, an nonfungible token (NFT) game, according to measurement firm DappRadar.

The capability to earn money in games is called “play-to-earn,” and it has taken off in a variety of ways. DappRadar has been tracking the space and it said that Axie Infinity has hit No. 1 in NFT collectibles.

More than 615,000 traders have bought or sold Axie Infinity NFTs in 4.88 million transactions. This means that an average transaction for an Axie Infinity NFT is worth about $420. All of this is pretty amazing for a company that had $100,000 in sales in January.

Three top investment pros open up about what it takes to get your video game funded.

Axie Infinity grew rapidly early on in the Philippines, where people in rural communities realized they could make three times the minimum wage in a month by playing Axie Infinity and cashing out their proceeds. That proved out the play-to-earn model (which I call the Leisure Economy) at a time when the pandemic had eliminated a lot of jobs.

Axie Infinity’s primary function is as a game, not an NFT collection. Despite that, Axies manage to beat big names in the NFT collectibles space like CryptoPunks, Art Blocks, and NBA Top Shot, DappRadar said. Axie Infinity is steadily building a lead on CryptoPunks, as the latter is lagging with an all-time volume of $1.29 billion.

Axie Infinity’s collection generated more than $765 million in sales, representing about 83% of the total volume of game NFT sales in August. Interestingly, activity for Axie Infinity continues to grow, despite the rising prices for in-game NFTs. While in May, DappRadar reported that the average transaction within the Axie Infinity NFT collection was $226, this value has almost doubled now. Players need to own at least three Axie characters to play. The game now has 1.5 million daily active players, DappRadar said. 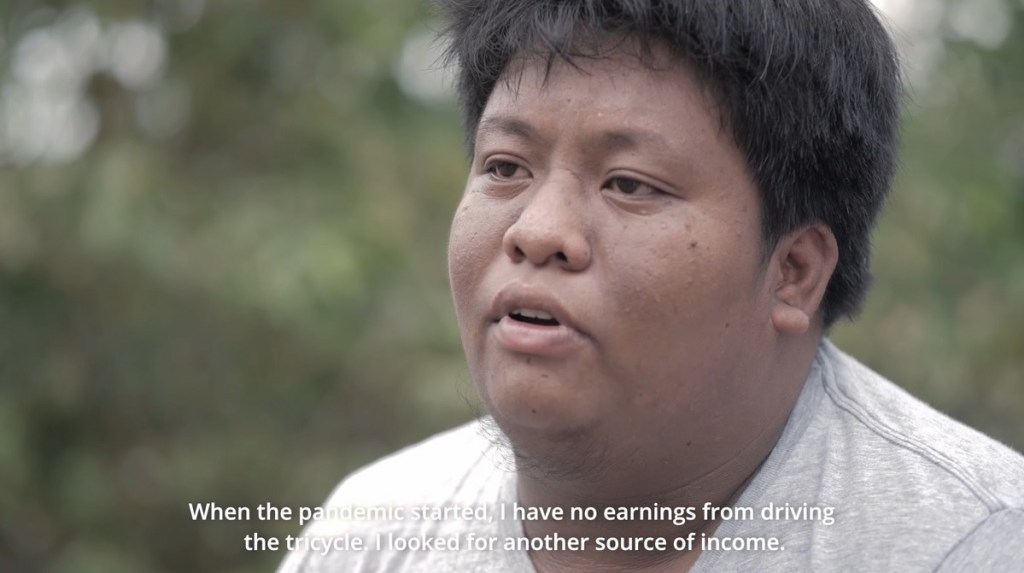 Above: Art Art made money from Axie Infinity while he couldn’t operate his business.

As a play-to-earn game, Axie Infinity relies on its AXS governance token and SLP utility token. Players can earn the latter through gameplay, and then sell it to other users who need SLP to create new Axies.

On September 4, AXS hit an all-time high of $93.68, according to CoinGecko data, a crypto data firm. At the time of publishing, the governance token is trading for $68.51. On the other hand, SLP has gone up more than 7% in the past 24 hours. One Smooth Love Potion (the currency you earn in the game for engaging in and winning battles) is now worth $0.087, down 78% from its all-time high two months ago.

Sky Mavis is now working on a new game mode, which will enable users to test the game for free.

The Vietnamese studio set out to take part in the mass migration toward NFT games. These have exploded in other applications such as art, sports collectibles, and music. NBA Top Shot (a digital take on collectible basketball cards) is one example. Built by Dapper Labs, NBA Top Shot has surpassed $710 million in sales. And an NFT digital collage by the artist Beeple sold at Christie’s for $69.3 million. Investors are pouring money into NFTs, and some of those investors are game fans. During the first half of the year, NFT sales topped $2.5 billion.

NFTs use the blockchain to uniquely identify and authenticate digital objects, allowing companies to create NFT-based collectibles that can be sold based on rarity. When Axie Infinity started three years ago, almost nobody cared or understood what an NFT was. 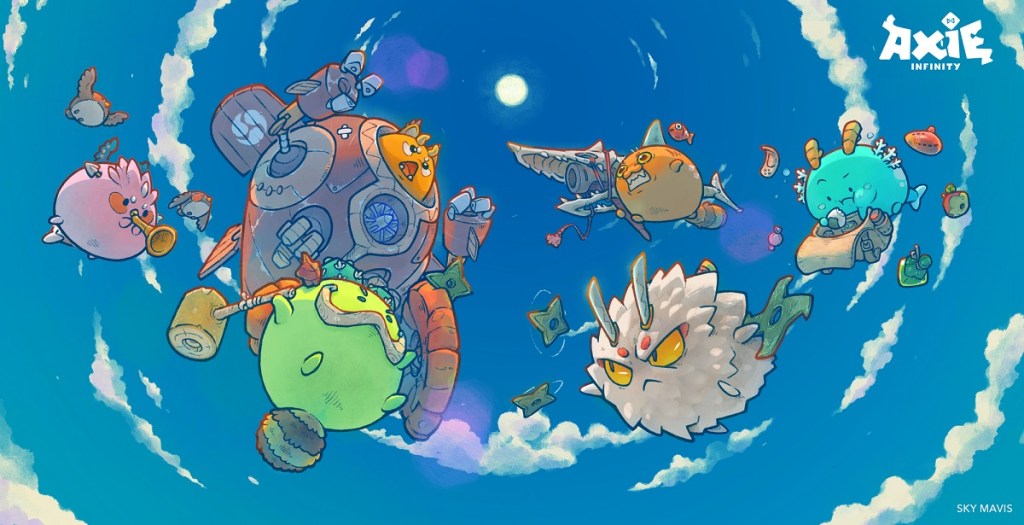 Above: Axie Infinity has generated $2.05 billion in sales.

The team was a band of missionaries (mostly based in Vietnam) who believed that NFTs would enable new types of games, said cofounder Jeff Zirlin (who will speak at our GamesBeat Summit Next event. Just as mobile gaming unlocked new design spaces and player archetypes, so too would NFT games. These games won’t look like the games of the past and will require an entirely new perspective and skillset to build, they believed.

They also believed property rights incentivized players to act more like founders and employees rather than users. These rights include being able to sell your game assets to anyone in the world, earning liquid tokens for playing/contributing, and being able to own a piece of the game you’re playing. If you spend money in a game like Axie Infinity, it was more like making an investment, as you might make money on that investment later on by selling what you bought.

They also believe that play-to-earn unlocks new types of work around digital metaverse economies, just as Uber, Airbnb, and DoorDash created new types of jobs and professions. I wrote about Gabby Dizon’s Yield Guild Games as one of the groups of players that is playing Axie Infinity in order to make a living.

Some players in the guild can afford more Axies, or the currency in the game, and they can lend them out to players who don’t can’t afford them. Those players can then use them to generate more Axies, and they will keep a large percentage of the tokens earned that way, and the rest goes to the guild. The guilds can also acquire land, and its players can build out their plots and then the whole guild benefits from the resources generated on that land.

GamesBeat’s creed when covering the game industry is “where passion meets business.” What does this mean? We want to tell you how the news matters to you — not just as a decision-maker at a game studio, but also as a fan of games. Whether you read our articles, listen to our podcasts, or watch our videos, GamesBeat will help you learn about the industry and enjoy engaging with it.

How will you do that? Membership includes access to: